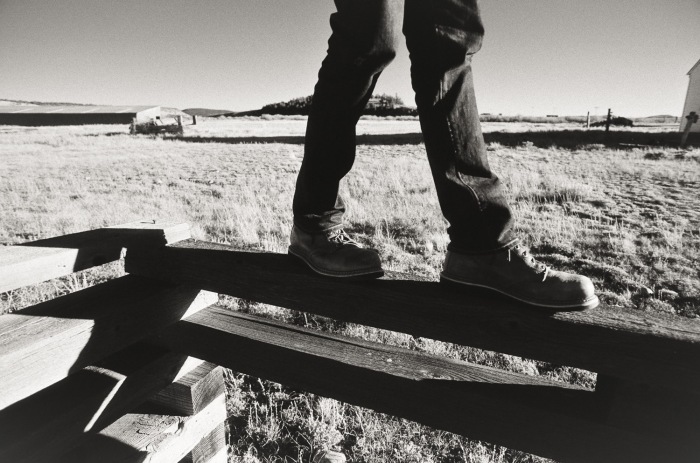 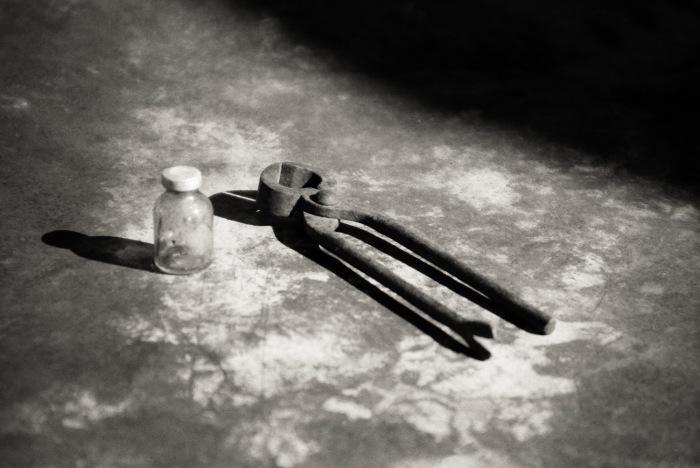 My personal favorite? 1990. I had just moved to California eight weeks earlier. Didn’t have a job, an apartment or any friends upon arrival; I found those first two items in short order. The friends came later, but I was never one to sit at home due to a lack of someone to hang with, and I quickly launched a program of solo excursions exploring the beauty of the Marin County coast.

A year earlier, the Loma Prieta earthquake took a big bite out of the hillside just south of Stinson Beach, dragging a large chunk of Highway 1 into the sea. The scar is still visible today on aerial views.

The area was fenced off for a long time (over two years, I believe) during the lengthy reconstruction process. The northern gate was located near the far left edge of this map. This provided a perfect spot to park the Pontiac and roam the coastal trails, free from the noise of traffic…nothing but the sounds of birds, surf and the wind. I’d often see a few other hikers in the area, but on that Christmas day, I had the whole playground to myself.

One of my favorite spots was along that ridge you see to the northwest of Gull Rock. There is a giant slab of stone that sticks straight out of the hillside like a snake’s head.

This is a nice spot for sunbathing or meditation. I enjoyed stretching out on the cool, hard rock and staring at birds soaring on the breeze and listening to the waves crashing below. It also afforded a great view of the construction area, and during work hours, I would watch the bulldozers launch truck-size boulders on a long bouncing trek down the hillside (they seemed to be moving in slow motion), ending in a titanic, silent splash in the cold water.

The weather for this holiday visit was sunny with a nice sea breeze and a temp in the mid-50s. From the snake’s head, I spent a good amount of time working my way down to the rocks at the water’s edge… 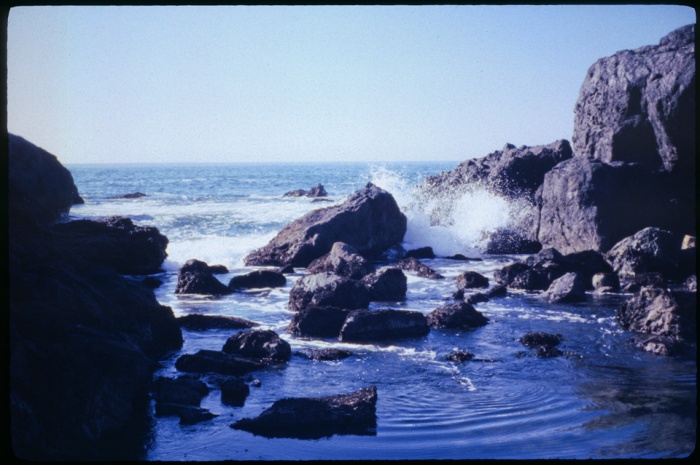 …and then moving back up another section of the cliffs; rinse, repeat. Not technical climbing by any means, just scrambling, but the faces were fairly steep and demanded careful navigation.

The crown jewel of the area is a tiny, beautiful crescent of a beach and a cove (bottom center of map) located where Lone Tree Creek empties into the Pacific.

The “trail” to reach this wonderful stretch of sand is a precipitous little adventure clogged with large rocks, scrub and poison oak and it begins right at that “1” symbol on the map.

Due in no small part to the lack of a proper trail to this beach, I never saw any other people there during my many visits. It really is a fantastic spot to have all to yourself and it was always part of my itinerary when I’d leave my apartment on Carl Street and drive to the coast.

Once the sun got low, I walked backed up the silent highway to the Pontiac, loaded a CD (something appropriate for the mood and the scenery) into the boom box in the back seat, sat on the hood of the car with my back against the windshield and watched the sun blaze into the briny blue.

At this point, the mood for food came on with authority, so it was back over the Golden Gate and into Chinatown, which was fully open for business and fairly packed. I found a table and ordered a big dish of beef chow mein.

As for this particular slice of California, it’s been more than twenty years since I saw it last. Perhaps it looks quite different today, perhaps not. Stop by if you’re in the area and tell me what you see.

Note: These photos were shot on Ektachrome film with the only working camera I owned at the time, my grandfather’s vintage Argus C3 rangefinder, along with a handheld Weston Master II exposure meter. 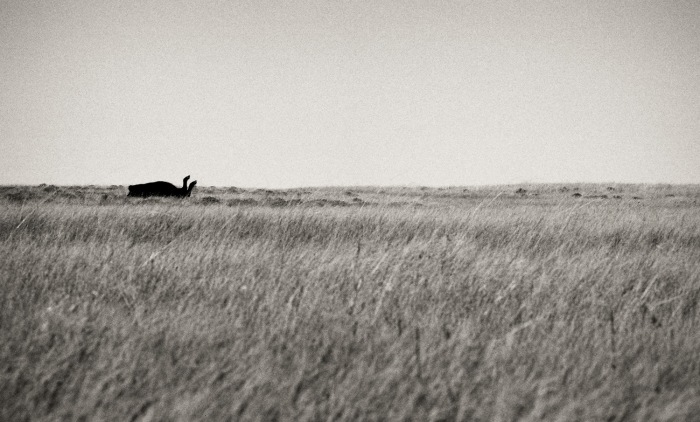 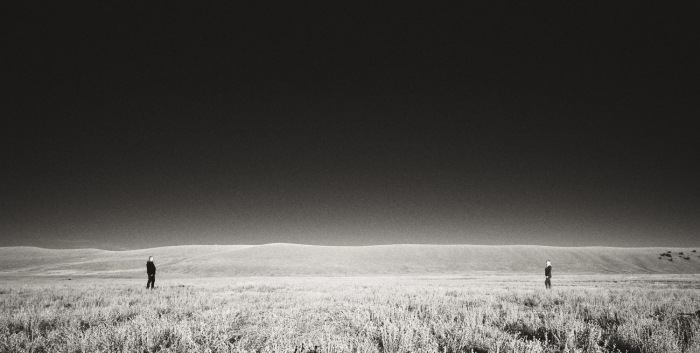 We’re the insect life of paradise:
Crawl across leaf or among towering blades of grass
Glimpse only sometimes the amazing breadth of heaven

You’re as loved as you were
Before the strangeness swept through
Our bodies, our houses, our streets
When we could speak without codes
And light swirled around like
Wind-blown petals at our feet

I’ve been scraping little shavings off my ration of light
And I’ve formed it into a ball, and each time I pack a bit more onto it
And I make a bowl of my hands and I scoop it from its secret cache
Under a loose board in the floor
And I blow across it and I send it to you
Against those moments when
The darkness blows under your door

“Isn’t That What Friends Are For?”
by Bruce Cockburn 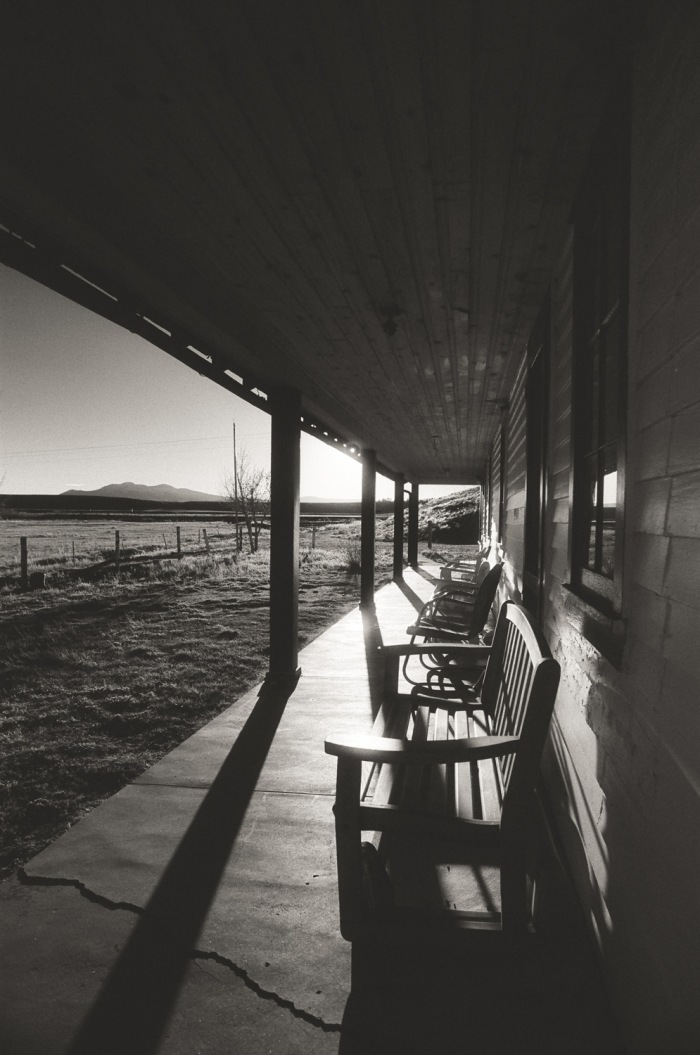 Riding with Carl
Blog at WordPress.com.