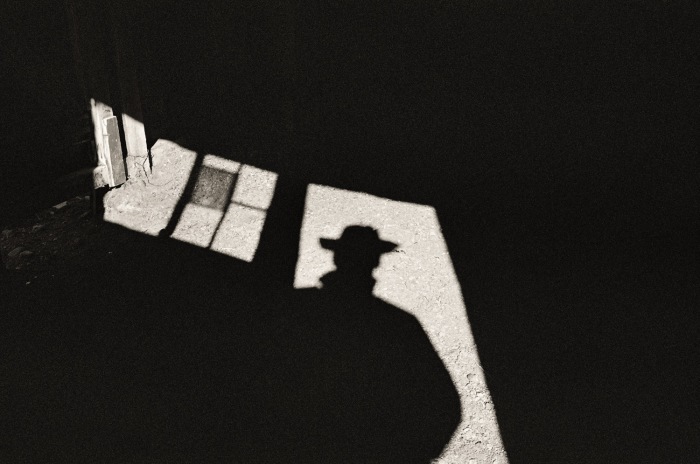 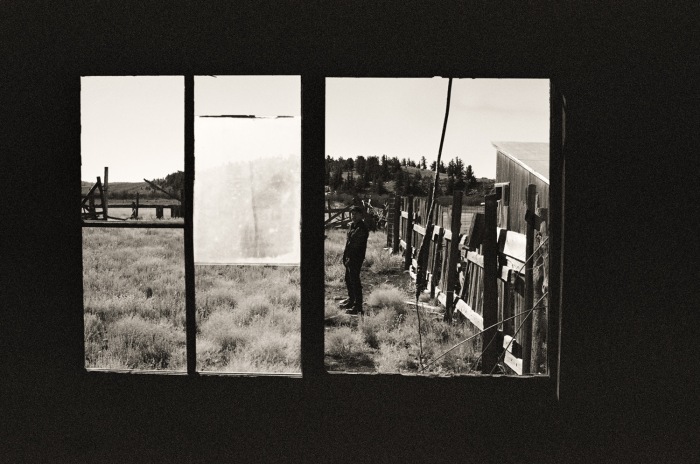 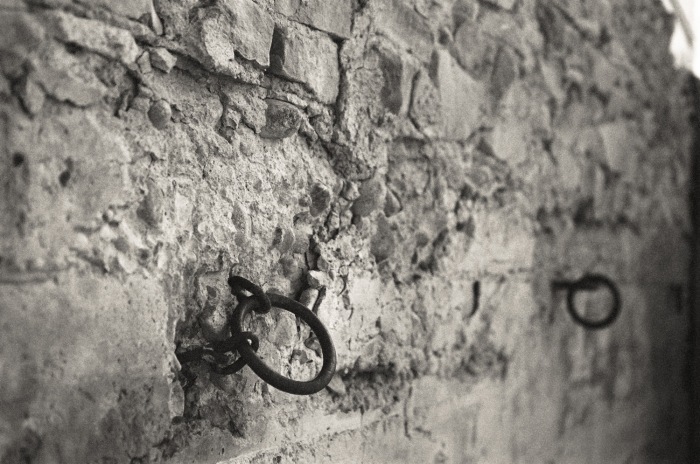 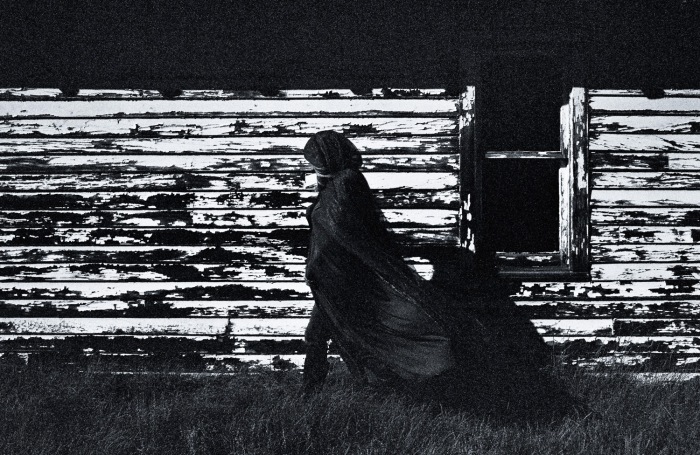 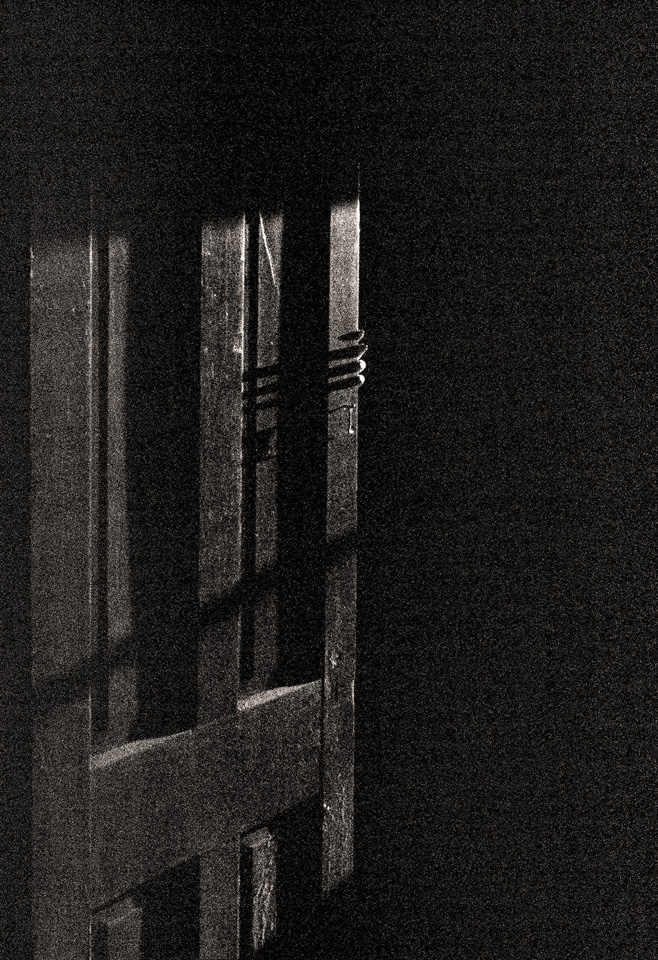 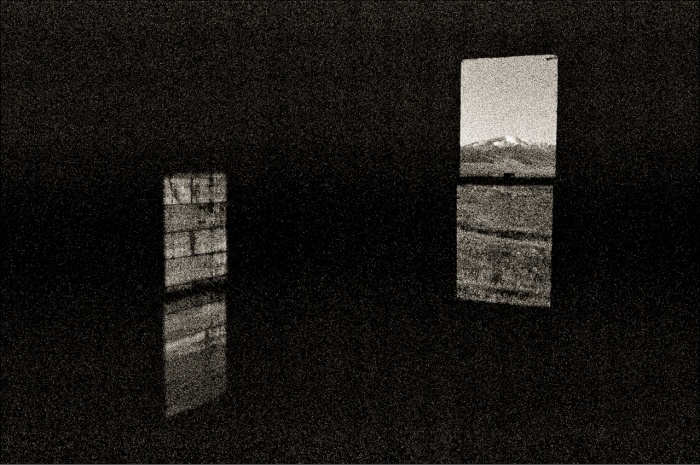 Another vintage film that I brought along on our most recent visit to the ranch was a roll of Kodak 2475 Recording Film, an extremely grainy high-speed film that was once a favorite of private detectives and cops working surveillance. This relic had been in the family film closet since my earliest days of photography; the expiration date was JAN 1977. By all rights, this roll should have become completely fogged over and useless many years ago. I was pleasantly surprised when the 36 frames came out quite nicely. 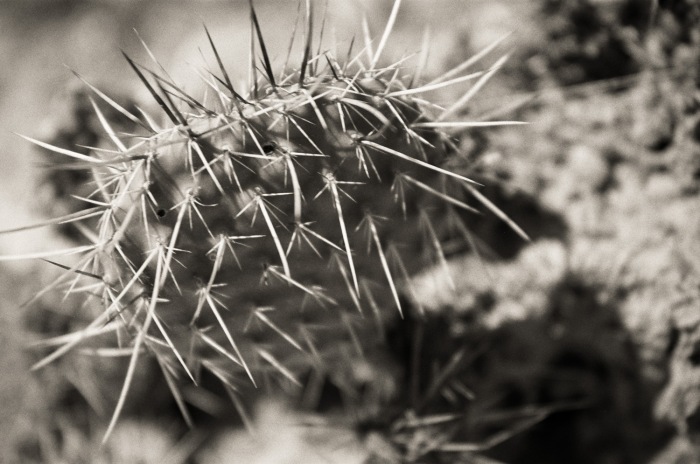 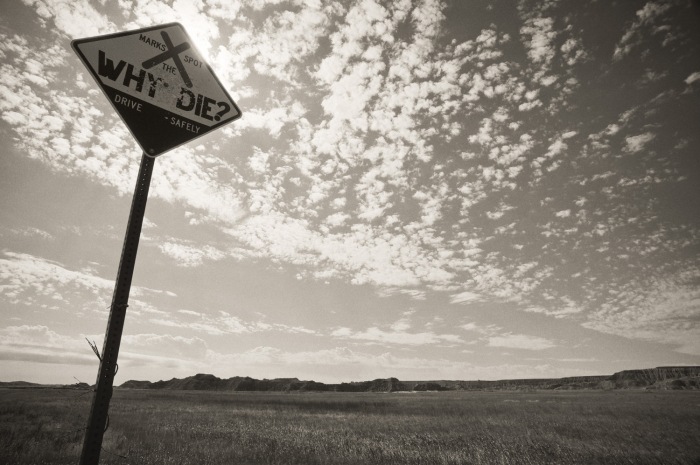 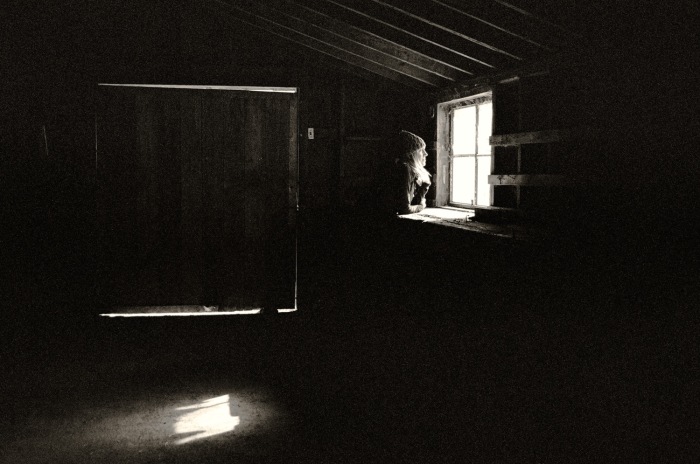 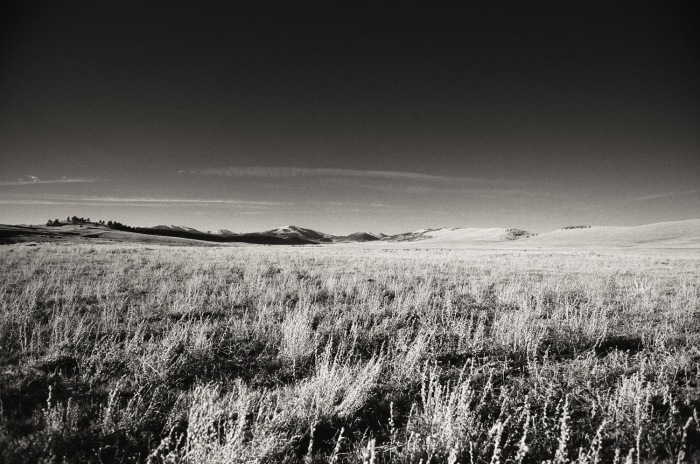 One sunny morning, many years ago, I was rolling westward along US 12 in Broadwater County, Montana on the section of the highway that passes through the Helena National Forest. Suddenly, in the opposite lane, I saw what appeared to be a large bird sitting in the road. As I slowed beside it, I realized that it was an owl… 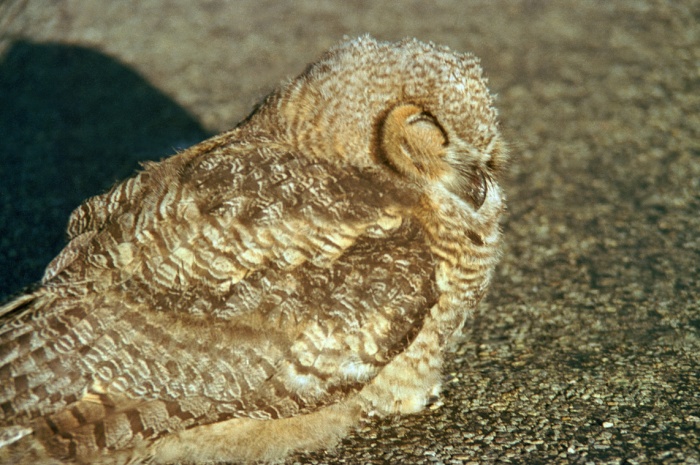 I’m a big fan of leaving wild animals alone to do what they do, but when it comes to animals in the road, I can’t help but take action. I always stop (safely) when I see a turtle on the pavement; sometimes I’ll just sit in the car with my flashers on until it has completed its journey, other times I’ll carry the turtle to its destination on the far shoulder.

This owl was in the eastbound lane of the highway at the end of a fairly tight curve, and as the morning sun would have been in the eyes of those driving in that lane, chances were high that it would have been crushed by the next vehicle to come along. So, on went the flashers and I pulled halfway onto the eastbound shoulder to block the owl from approaching traffic, then I got out of the car for a closer look.

Naturally, I’m wondering, What is this owl doing in the middle of the road? It appeared to be sleeping. If so, it could have found a better location!

Perhaps it was sunbathing. Whenever I drive rural roads in the morning, I frequently see birds sitting on the pavement to get warm, since asphalt retains heat quite well. But they always fly away when a vehicle approaches.

Perhaps this owl was sick. If so, I wouldn’t know.

Perhaps it had been stunned in a collision. That was my best theory at the time, although I didn’t notice any blood, any missing feathers or any body parts out of place.

Really, it just appeared to be…sleeping. Content, relaxed and in charge. This is my road, I’m taking a nap, deal with it.

My attempts to rouse this beast by shouting and clapping failed miserably; the only response I got was one slight turn of the head. Though the eyes never opened, at least I knew someone was in there. I then grabbed a branch from a nearby shrub and gently tapped the bird on the back several times. Nothing.

No cooperation forthcoming, I went to the trunk and grabbed my leather work gloves and a towel. Approaching the bird from behind, I gently covered it with the towel, lifted it carefully and carried it through the tall bushes on the south side of the road. There, beside a small stream, I set it down in a patch of sunlit grass… 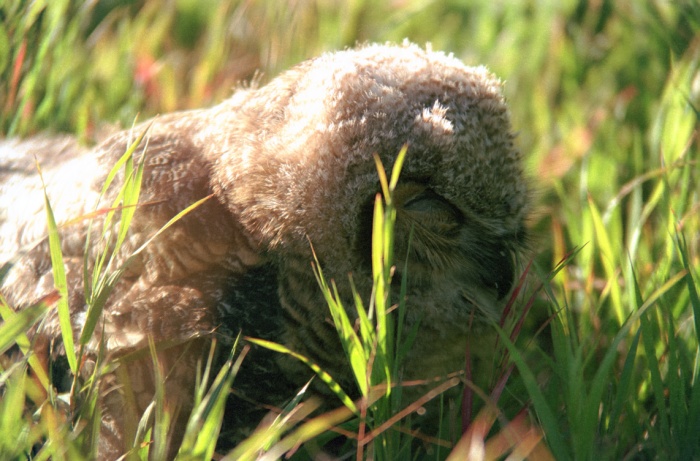 Fortunately, due either to the remote location, the time of day or the day of the week, no vehicle traffic appeared during this encounter (had there been any, I wouldn’t have held things up by taking pictures).

Using field guides, I was never able to positively ID this owl. Looking at the photos now, many of its feathers remind me of those on juvenile raptors. Working with that assumption, and considering the bird’s size (somewhat larger than an NFL football) and the curved black beak, and after scanning through internet images of juvenile owls, my best guess is that this was a young great horned owl (Bubo virginianus). (This ID was verified by the folks at Montana’s Owl Research Institute. Thank you!)

Had I access to a smartphone at the time, I would have tried to contact a local bird rescue operation. But this was years before I owned a cell phone, and I have to wonder if you could get a signal even now in that remote area.

I hope this owl lived to fly another day.